Estafet: Tale of the Messenger 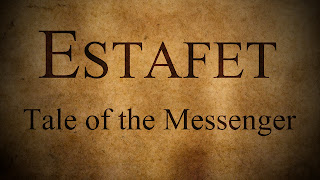 Estafet: Tale of the Messenger is a 3D action side scroller that takes the player through a medieval fantasy world where the player must fight their way to the end of the level as fast as possible to receive higher rewards and scores. Estafet is the story of a young courier that must traverse harsh environments to deliver important messages between the human military forces fighting against evil goblin hordes and skeleton armies.